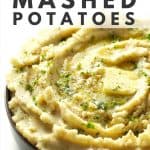 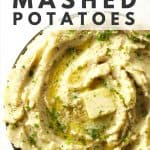 These foolproof Make-Ahead Slow Cooker Mashed Potatoes are everything you’d ever want in a recipe. Finally creamy buttery delicious mashed potatoes that save you time, stress and oven space.

Mashed potatoes, especially at Thanksgiving, always remind me of my dearest brother, Brian. Well, he’s actually my late brother. It still feels weird saying that. He passed away suddenly in February of 2019 and sometimes it still doesn’t feel real. I miss Brian dearly but at least I have many treasured memories to look back on and Brian’s Thanksgiving Mashed Potato Massacre is definitely one of them!

Thanksgiving is a group effort in my family. Everyone has to bring something or help make something. Several years ago my mom assigned Brian the task of mashing the potatoes.

Determined to master his assignment, Brian mashed and whipped those potatoes with the arm strength of a Greek god. The outcome was… not pretty. Sure, I knew too much mashing leads to gluey mashed potatoes but OH. MY. GOD. This was on a whole new level of goo.

Remember Gak? The stretchy green goo kids used to play with in the 90s? Yeah, the potatoes resembled a giant bowl of Gak. It was incredible and entirely inedible. As siblings do, we spent the remainder of the day poking fun at Brian and telling him he ruined Thanksgiving (jokingly of course). However, all was not lost. My mom pulled a box of instant mashed potatoes out of the cupboard and BOOM! Crisis averted!

Here’s the best part of the entire story!

I explained to Brian that he over mashed the potatoes and all he had to do was lighten up on the mashing and whipping.

Well, the next year at Thanksgiving, Brian wanted to redeem himself but HE DID IT AGAIN! He mashed those potatoes to the point of no return. I honestly don’t even know how he managed to do so. It takes a bit of effort and arm strength to over-mash potatoes, especially to the level of glueyness that Brian achieved for the 2ND YEAR IN A ROW!

Brian was outstanding at pretty much everything in life… except cooking. I adored him for all his cooking mishaps and hilarious food questions. This story always makes me laugh. Unfortunately I don’t have a picture of the mashed potatoes but I was able to track down this group shot from that Thanksgiving.

How to Make Perfect Mashed Potatoes

Here are a few other recipes I picked out. All are awesome but nothing beats a big scoop of creamy mashed potatoes smothered in gravy.

Can you make mashed potatoes ahead of time?

Yes! That is the beauty of this recipe. You can make these taters a day or two ahead of time and pop them in the fridge until showtime. Put the mashed potatoes in a slow cooker on low for a few hours with a couple pats of butter, stirring occasionally. Viola! Amazing make ahead mashed potatoes!

This is a PERFECT recipe for Thanksgiving. Make it ahead of time so you can spend more time with your loved ones and less time in the kitchen. As an added bonus this recipe frees up oven space (which there never seems to be enough of on Thanksgiving)!

What are the best potatoes for mashed potatoes?

I usually recommend starchy potatoes like russet or Idaho potatoes for creamy, smooth, fluffy potatoes.  These varieties can withstand more mashing than others without becoming gummy.

How many pounds of potatoes per person?

Plan to have 1/2 lb. of potatoes per person. So, a five pound bag of potatoes will serve approximately 10 people. However, if you’re feeding some serious mashed potato lovers, I’d play it save and make a double batch just in case. This recipe reheats wonderfully and makes excellent leftovers!

Note: 1 lb. of potatoes makes about 2 cups of mashed potatoes.

How long do you boil potatoes for mashed potatoes?

Generally, a standard timeframe would be anywhere from 10-20 minutes. However, various factors such as potato size, pot size and heat source impact cook time.

Personally, I rarely focus on cook time when boiling potatoes. Instead I rely on the fork test. Simply pierce one of the potatoes with a fork. The fork will easily slide to the center of a done potato with no resistance. If there is any noticeable resistance, let those bad boys cook a little longer.

Tip: Do not use a paring knife to test doneness. A sharp knife can be deceiving when determining doneness.

To double check doneness, I simply eat a piece of potato. Done potatoes should have a soft, smooth and overall appealing texture. Underdone potatoes tend to have a grainy, lumpy, unappetizing textures.

How to keep mashed potatoes warm in crockpot?

Just pop those tasty mashed potatoes in a crockpot on low or warm and stir them occasionally. Add a couple pats of butter on top of the potatoes. This will add a little richness and moisture to the potatoes. Mix in a splash of milk if needed for additional creaminess.

How to Mash Potatoes

The method in which you mash your potatoes can either make or break your mashed taters. Here’s why.

Potatoes release starch when mashed. More mashing = more starches released. Too many released starches result in mashed potatoes that have the consistency of glue. Not great. 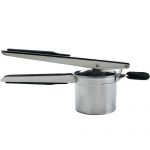 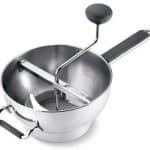 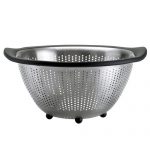 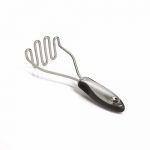 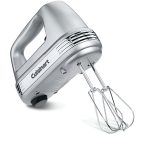 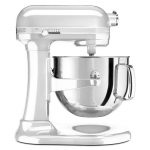 Mashed Potatoes Mistakes and How to Fix Them

How to fix mashed potatoes that are too salty

Added too much salt? No worries! To counteract saltiness, add something with an acidic flavor. Sour cream and plain Greek yogurt are good options for mashed potatoes. Lemon juice will also do the trick!

Mixing in more milk, cream or unseasoned potatoes won’t counteract the saltiness like acid will but it will help tame the saltiness by diluting it. So, in short just keep adding stuff until the salt is no longer overpowering!

How to fix runny mashed potatoes

Option 1 – Put the runny potatoes in a large pan over low to medium/low heat. Do not cover. The heat will evaporate some of the excess moisture and thicken the potatoes. Stir the potatoes occasionally to keep them from sticking to the bottom of the pan.

Option 2 – Thicken runny potatoes by stirring in cornstarch or flour. Start with a half tablespoon and add more as needed.

How to fix dry mashed potatoes

Mix in more moisture such as milk, half and half or heavy cream. You could also throw in some sour cream, Greek yogurt, cream cheese or butter for added creamy richness.

How to fix gluey mashed potatoes.

The easiest course of action is to avoid gluey potatoes altogether. Use russets potatoes, mash them while they’re still hot and most importantly do not over mash them (I recommend using a ricer).

Unfortunately there isn’t a way to truly fix gluey mashed potatoes. Overly mashed potatoes release too many starches which causes the gummy texture. There is no way to reverse this. However, if you find yourself stuck with a pot of gummy potatoes, below are a few ideas to try to salvage them. 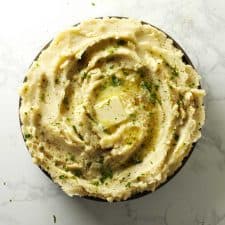 *I recommend using a stainless steel ricer if you have one. It is the quickest and easiest way to ensure the fluffiest smoothest potatoes with the least amount of effort. If you are using a potato masher, be careful not over mash the potatoes. Too much mashing and the potatoes can become gummy. 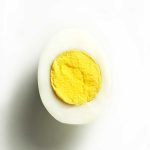 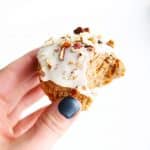 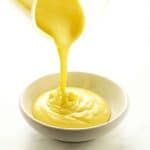 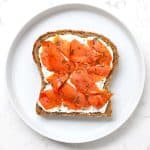 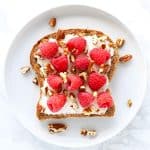 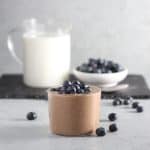 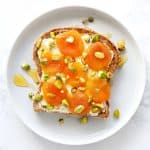 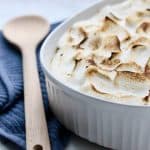